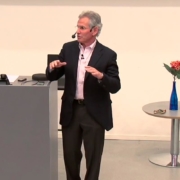 Spending 10 Minutes a Day on Mindfulness Subtly Changes the Way You React to Everything.

Leaders across the globe feel that the unprecedented busyness of modern-day leadership makes them more reactive and less proactive. There is a solution to this hardwired, reactionary leadership approach: mindfulness.

Having trained thousands of leaders in the techniques of this ancient practice, we’ve seen over and over again that a diligent approach to mindfulness can help people create a one-second mental space between an event or stimulus and their response to it. One second may not sound like a lot, but it can be the difference between making a rushed decision that leads to failure and reaching a thoughtful conclusion that leads to increased performance. It’s the difference between acting out of anger and applying due patience. It’s a one-second lead over your mind, your emotions, your world.

Buchtipp: The Mind of the Leader
Nach oben scrollen